A little healthier every day

If we want everyone to have access to healthcare in the Netherlands, and keep costs under control, radical action is needed. As Albert Einstein said, “We cannot solve our problems with the same thinking we used when we created them.” We need to focus on prevention. Not just at work, school and college, but in the urban environment, too. This is a task for city makers and area developers, and it’s a tough challenge. The expert team of the AM Health Hero Challenge was tasked with coming up with a concrete product, service or concept that contributes to healthier urban living, and is realisable. The expert team developed the concept of ‘The healthiest neighbourhood in…’ and the location of the former Hero factory in Breda was picked to put the concept through its paces.

People are the key to healthy urban living. Health improvements are possible, but only if people are prepared to change their lifestyle choices and behaviours. They can, of course, be helped along the way, but the challenge is to strike the right balance between encouraging people to opt for a healthier lifestyle, and making unhealthy ones impossible.

The healthiest neighbourhood is based on the six dimensions of ‘wellness’ that look at physical wellbeing and how it relates to social interaction and intellectual and spiritual health. At this test site locals, partners, the municipality and developer AM will soon be on their way to becoming the healthiest neighbourhood. How? First, by eliciting healthy behaviour through interventions in the physical environment. Second, by creating and encouraging a sense of community by facilitating physical encounters and social interaction. Locals and anyone interested in healthy living will also be able to join an online platform where they can support each other, where healthy choices are easy to make, and where healthy suppliers offer benefits. The bottom line is to involve the entire community – the concept must appeal and be relevant to everyone, whether they’re home-owners, or social housing tenants. It’s a major challenge that requires the intensive collaboration of multiple partners. The concept of the healthiest neighbourhood is anchored in the design process, in the area marketing and placemaking strategies, and in engagement with the target groups. 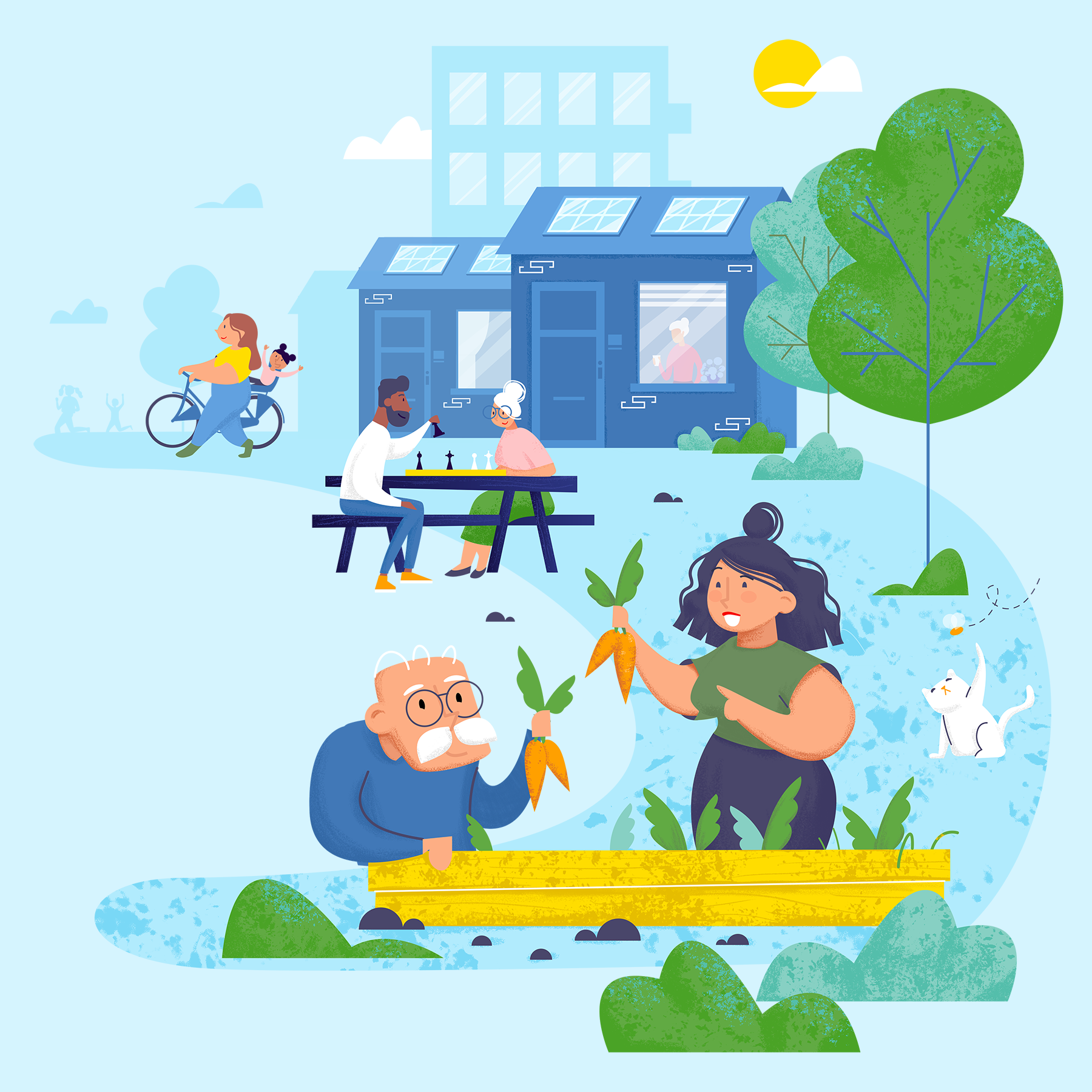 This concept also changes the role of the developer, who will be involved over the longer term and have greater responsibility for the concept’s success. AM delivers the right conditions: the built environment, and the launch of the community, and will remain connected with the project for longer than usual. Since the scheme calls for in-depth collaboration with the city authority, the project takes an integrated approach and embeds themes such as mobility, public space, safety and social programmes in the concept.

The neighbourhood is in the making and will be completed in 2025. In 2028, three years after completion, this should be the healthiest neighbourhood in Breda – with data to back it up. The locals will be committed to making healthier choices every day; for themselves and for their environment. Research will show that locals truly feel healthier. They’ll rate their health and healthy behaviour higher. The placemaking, participation and co-creation process kicked off in 2021. After all, building the healthiest neighbourhood is a team effort.